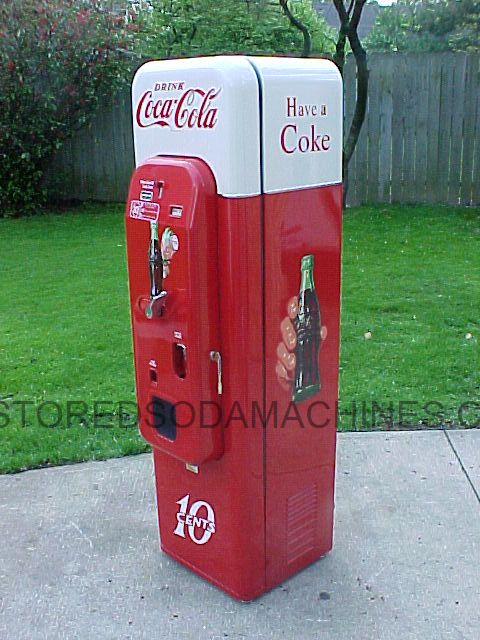 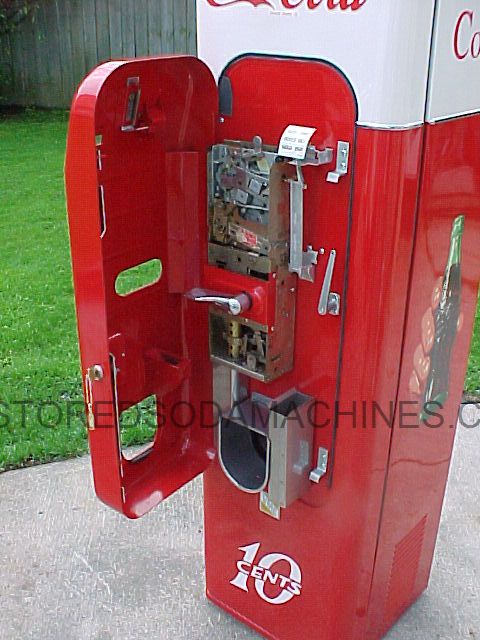 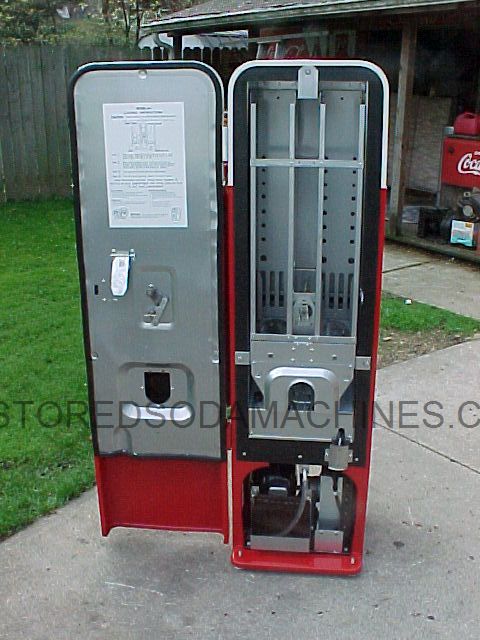 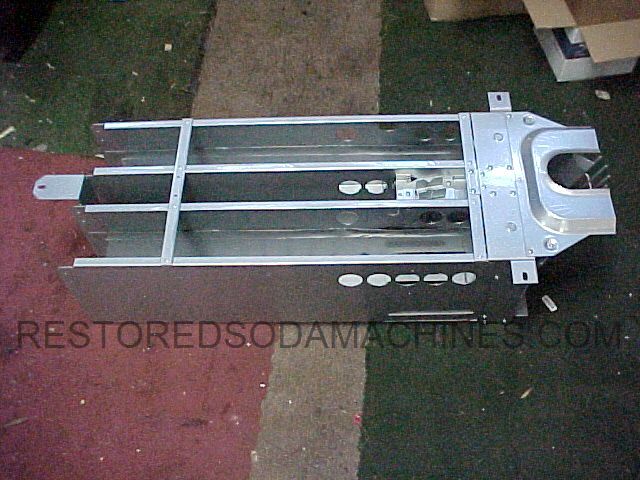 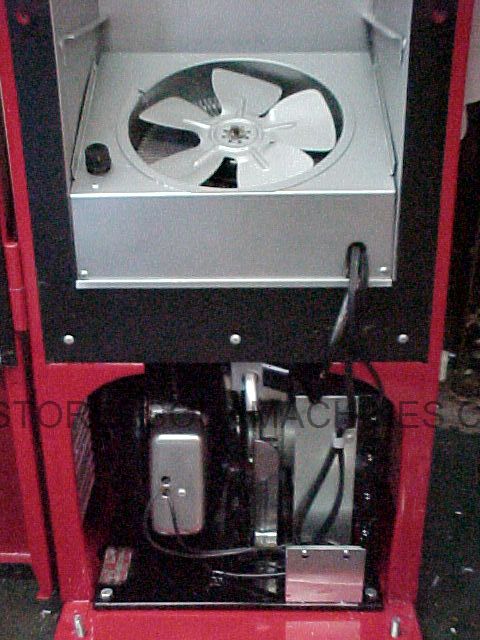 The VMC 44 was produced in 1956 for the Coca-Cola Company by the Vendorlator Company, it was never produced as an off brand. This machine measured 57&1/2 inches tall x 16" wide x 15&1/2" deep. and weighs around $175 lbs. This machine will vend 44 of the original size 6&1/2oz bottles. These are different than the Vendo 44 in that the Vendo version has a chrome coin entry plate, and a plastic inner cabinet front door liner.... where the VMC door liner was metal. Many newcomers want to own this machine, but sooner or later decide to change to the vendo 81 or cavalier 72 because of their ability to vend many different flavors. One thing to realize, Coca-Cola has changed the design of the small coke bottle, and because of this, this machine needs to be modified to vend the new bottles correctly. While there were many of these produced for the United States, there were just as many produced for Canada as well. The Canadian machines do not have the same coin mechs, and are valued less than the ones made for America. If another seller is not showing you the photos of the coin mech in their Vendo or VMC 44, it may be because they are trying to hide the Canadian coin mechanism from you. When we professionally restore this model, we powdercoat many of the internal components as well as the entire vending stack assembly.... To my knowledge, no other restorers are doing quality of workmanship.